It turns out I could not refrain from buying a bigger tank. 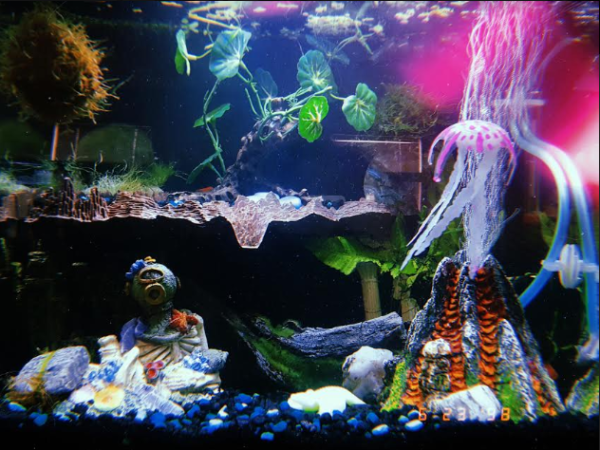 It's a 9 gallon Fluval Flex and I'm pretty obsessed. I found a new fish store (LFS, lolololol) called Sea Level and they have awesome deals. This was the same price (maybe cheaper?) as the 3 gallon Aquaponics tank, and he gave me the little bone guy and the cool sea shelf for FREE. FREE!!!!!!!
I ended up loving the Fluval so much that I went and bought ANOTHER Fluval for Takeshi -- a nice (used, slightly dirty) Spec III. I don't know when I got the idea, but I went to PetCo & they had them for like $90-ish. Instead of that I asked Sea Level to order new ones since they didn't have any on hand, and when I went in to check if it had arrived (it hadn't) they miraculously had a used one there for half the price. Then he took ANOTHER $10 off of the price for me, JUST OUT OF THE KINDNESS OF HIS HEART????????!!!!!?!?!??!?

Takeshi's in there having a grand ol' time. I haven't taken any pictures of that, yet.

I've spent a ridiculous amount of money on all this fish stuff, and a whole bunch more on other stuff. $1400 or so on bills alone -- but $580 of that was towards a BRAND ASS NEW BIANCHI BIKE, after I AWE-INSPIRINGLY GOT MY TAX RETURN THIS YEAR (the first time in maybe 4 years since I've been paying back defaulted school loans!!!!!!!!!!!!!!!!!!!!!!!!!). But let's not dwell on all that spent money, that shit's downright OUTLANDISH.

// Turns out I'm over my stint of Sims 3 obsession (they come and go) and have become even more obsessed with Subnautica.
The best game. I've ever played. In my entire life??????

I can't break free. It's all I've ever wanted. I drown happily for hours, hours, hours on end. 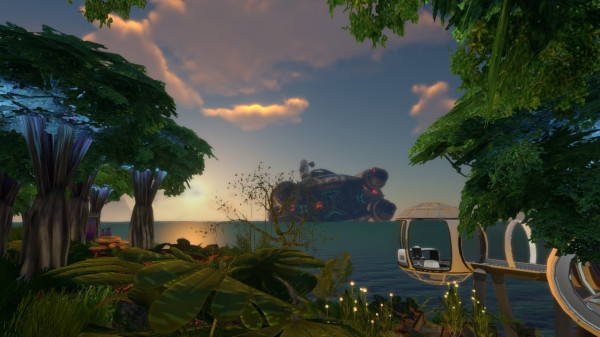 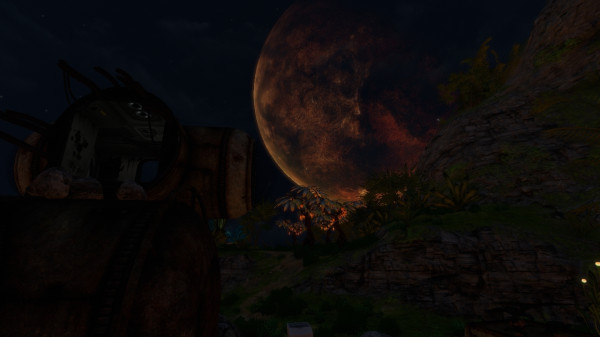 And soon it has a frozen world DLC being released, called Below Zero. Now trying to refrain from buying the Early Access version ... full release is scheduled for October. Can I wait?

// I think I hate my new job.
Not sure what I should do. But I don't want to get into it at the moment. Laying in this bed sucks, lol.
Tags: fishbois, life, subnautica, videogames, work
Subscribe